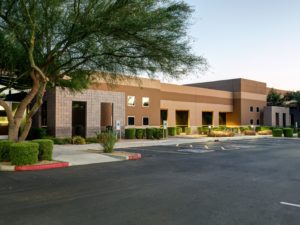 We love Qualified Improvement Property (QIP).  And what’s not to love?  This new classification of building improvements is the key to lucrative bonus depreciation, and doesn’t have to be made subject to a lease like Qualified Leasehold Improvements. Plus, the definition of QIP is so broad — almost any improvement to an interior portion of a building which is nonresidential real property can be considered QIP, as long as the improvement was placed-in-service after the date the building was first placed-in-service.

The timing is admittedly, a bit unclear.  The PATH Act stressed that QIP isn’t subject to the “three-year rule” that constricts several other property types.   So we know that the building does not need to have been placed-in-service at least three years before the improvement.    But what kind of “waiting period” is required then?   In order for an improvement to qualify as QIP, precisely how long does the building have to be in-service before the improvement is placed-in-service?

The IRS recently released Rev. Proc. 2017-33 which clarifies this sticky wicket and confirms the positions Capstan has consistently been taking.  Since the exclusion of a holding period seemed purposeful, we had determined that there was no holding period – that an item could be placed-in-service as soon as one day after the building was placed-in-service and qualify for QIP.   Rev. Proc. 2017-33 confirms that this is indeed the case, and bolsters our position with several examples.

Example 2 on page 14 of the Rev. Proc states as follows:

This clarification of the “one day after” in-service position should remove uncertainty in practice that practitioners are “playing fast and loose” with the rules.

Example 3 on page 15 involves the same facts as above, with a slight twist:

D is engaged in the commercial building rental business. In March 2015, D enters into a written contract with Z to construct a multi-story building. Pursuant to this contract, Z constructs a completely finished exterior of the building and a minimally finished interior of the building with only elevators, heating, ventilation, and air conditioning systems, plumbing, restrooms, and concrete floors. In December 2015, D and E entered into a lease agreement providing that E will lease one floor of the new building and E will install on that floor drop ceilings, lighting, interior walls, electrical outlets, carpeting, and trade fixtures necessary for the operation of E’s trade or business (collectively referred to as a build-out). On February 8, 2016, D places in service the new building. On June 4, 2016, E places in service the build-out. Because the building is first placed in service on February 8, 2016, and the build-out is placed in service after that date, the assets of the build-out that are § 1250 property are qualified improvement property, assuming all other requirements in § 168(k)(3) and § 1.168(k)-1(c), taking into account section 4.02(3) of this revenue procedure, are met.

This example is very helpful, as clients commonly build the base ‘shell’ of the building and then have a large tenant come in to finish the fit-out inclusive of some building systems.  This example demonstrates that a building can indeed be considered “in-service” before all building systems are installed. This does not establish, however, how many building systems have to be completed before it is considered “in-service.”  Capstan believes the test for in-service “readily available for its intended function” is valid. ¹   This also indicates that not all building systems have to have been previously placed-in-service for an asset to be QIP. The rules state that “if the building has previously been placed in service by any taxpayer” then the improvement may be QIP eligible. ²

There are other clarifications included in this Revenue Procedure such as Sec. 179, elections out of Bonus, rules on plants bearing fruit, etc. but the above material is what primarily pertains to most Capstan clients.  If you would like to review the Rev. Proc. in its entirety, you can view it at https://www.irs.gov/pub/irs-drop/rp-17-33.pdf.  If you’d like to learn more about how these new clarifications might be helpful to your business, feel free to reach out to Capstan at 215.885.7510 at any time.  After all, timing is everything.