The Utility of Cost Segregation in Step-Up Situations

Don’t Step Away from Step-Ups: The Utility of Cost Segregation in Step-Up Situations 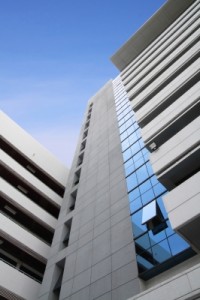 Even among tax professionals, Section 754 is notorious for its complexity. Transfer of interest within a partnership, as well as other situations that involve “step-ups” in depreciable basis, are considered particularly sticky. However, step-up situations are a rich source of cost segregation potential. In these scenarios, a brand new date-of-service is established along with the stepped-up basis. Generally, clients are encouraged to perform cost segregation studies as soon after construction or renovation as possible, in order to maximize deductions from year one. The beauty of the step-up situation then, is that the new date-of-service makes it year one all over again, no matter how aged the property. From a depreciation perspective, this can transform a previously old and fully depreciated property into an asset just beginning its depreciation. Essentially, the portion with an increase in basis is treated like a brand-new asset, and may be an excellent candidate for a cost segregation study.

Here at Capstan we leverage the power of the step-up on a regular basis. A common but unfortunate situation involves the death of a family member and the subsequent matter of the decedent’s estate (26 U.S. Code § 1014). If depreciable property is explicitly included in the estate, its basis will automatically step-up to FMV as of the day of death. Depending on the size of the estate and the state in which the decedent was based, the beneficiaries may or may not have to conduct property valuations to establish the stepped-up basis and associated updated placed-in-service date. The increased basis and new service date combine to tee up a powerful cost segregation opportunity that is often overlooked. It is important to note, however, that just as basis may step-up, it may also step-down. If FMV has decreased over the years, the beneficiary will acquire the property at a depreciable basis below that of the property’s initial value.

If the partnership chooses to make a Section 754 election, Ethel can record her gain of 250K and go on her merry way. Ricky can then adjust his “inside basis” by the amount of gain Ethel recorded. So in the case of a 754 Step-Up, Ricky’s “inside basis” would become $500K plus $250K for a total of $750K. His “outside basis,” what he put in from outside the partnership, is still $750K. Combining both bases results in a new stepped-up depreciable basis of $1.5 million. Throw in a new placed-in-service date and Ricky will be well placed to perform a potentially powerful cost segregation study on the chocolate factory, maximizing depreciable deductions. It is important to note that the 754 election only applies to Ricky – it is not a blanket election that covers all members of the partnership.

If the partnership does not file a 754 election however, the discrepancy will persist, and for Ricky’s purposes the basis of the chocolate factory will remain $1.o million, as if it never appreciated in value at all. Goodbye cost segregation opportunity.

Seems like a no-brainer, right? Why wouldn’t the partnership want to make a 754 Step-Up election? Simply because unless the IRS grants special permission, this election is irrevocable. As we mentioned earlier, just as basis can step-up, it can also step-down. Imagine that after the 754 election has been made, the factory plunges in value, to a new depreciable basis of $750K. The partnership would be stuck with the step-down in depreciable basis and all its implications. Real estate owners and their advisers must consider the irrevocable nature of this election.
Capstan engineers deal with 754 Step-Ups frequently, and the studies generally have excellent results. Professionals often overlook the utility of cost segregation in the hustle-bustle of partnership restructuring, but in truth this is an especially fortuitous time to consider a study.

If the partnership is not being restructured, but is in fact being terminated, the same principles would apply (Section 708). Capstan was recently engaged to perform a cost segregation study on a multi-story office building purchased by a partnership in the mid-2000s. The partnership was terminated a decade later, with Partner A reacquiring the property as a sole owner. The new depreciable basis and date of service laid the groundwork for a highly successful study. The Capstan engineer was able to move 8% of the total depreciable basis into personal property, resulting in an immediate tax savings of over $600,000. In one tenant space, the engineer was able to move $450,000 worth of assets (half the depreciable basis) into 5-year, while classifying the remaining $450,000 as 15 year. Partner A was extremely pleased with the results.

In short, the subject of step-ups is certainly quite complicated, and it is unsurprising that many professionals don’t consider cost segregation while they are in the weeds of notoriously complex tax code. However, if you remain mindful of the cost segregation potential implicit within a step-up situation, you may realize significant new opportunities. As always, the Capstan team is available to discuss your circumstances at any time.

Image courtesy of wiangya at FreeDigitalPhotos.net