The Cost Segregation Study: Understanding Your Estimate of Benefits (EOB)

The Cost Segregation Study: Understanding Your Estimate of Benefits

Is doing a cost segregation study going to be worth your while?  Is it really worth the time?  The fee? The logistics?  While the Capstan team is likely to respond with an emphatic “yes” to all of the above, we understand that in order to make an informed decision, prospective clients need to fully understand the potential benefits of the study.  Capstan routinely prepares a no-cost Estimate of Benefits (EOB) report that demonstrates these benefits in a straightforward manner.   But how to interpret this useful document? 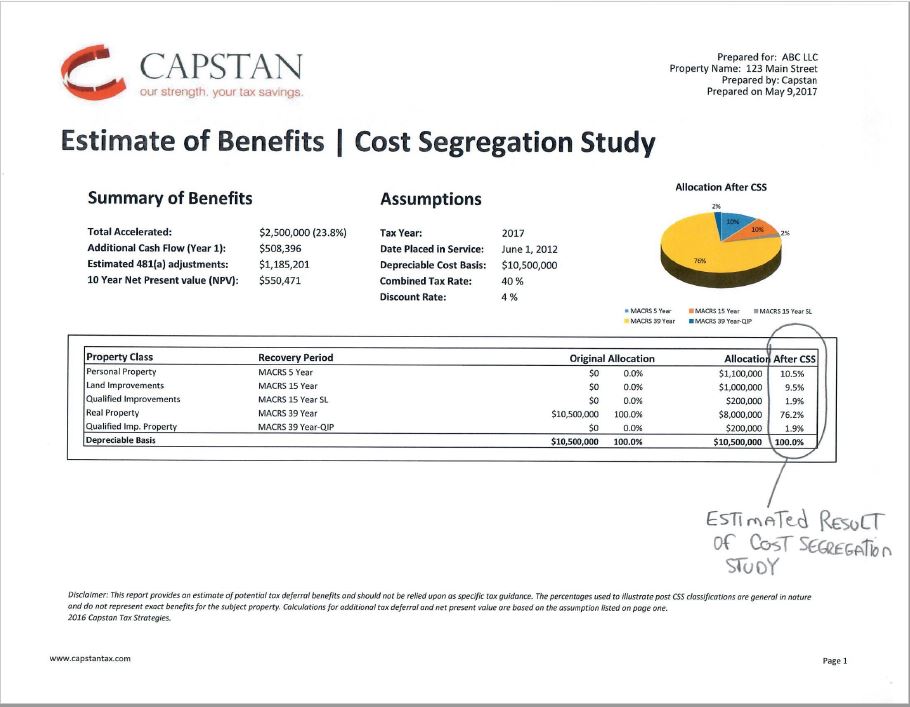 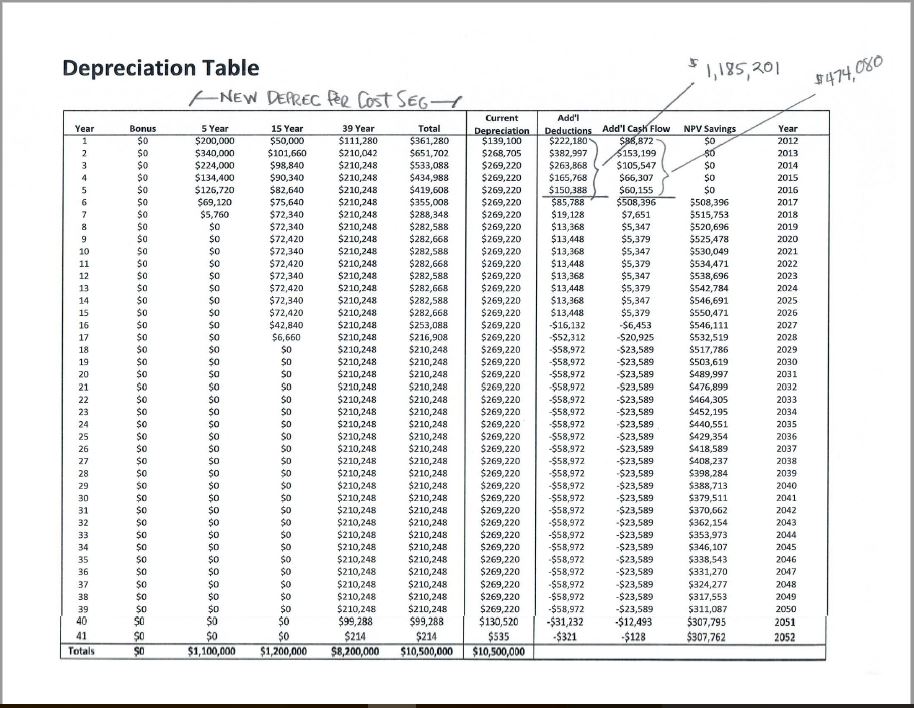 In order to prepare the EOB, Capstan will request data related to the property’s acquisition, construction, or renovation, that may include cost documentation, AIAs, and property depreciation schedules as appropriate. Capstan will then assess the data and, utilizing our average results for similar properties, will estimate what portion of the assets represented by the original purchase price may be reallocated to shorter-lived 5, 7 and 15-year MACRS lives.

Page 2 of the EOB report demonstrates how depreciation would be calculated had the cost segregation study been completed in the year the property was acquired.  The pages also illustrate the greater amount of depreciation attainable through the use of cost segregation, in contrast with the lesser amount that would be attained if the entire building was depreciated using a 39-year class life.  The “Total” column represents how much depreciation you could take using cost segregation. Subtracting the “Current Depreciation” amount from the amount in the “Total” column will result in the additional depreciation expense (“Add’l Deductions”) that you may be eligible to deduct on your tax return. The column labeled “Add’l Cash Flow” represents the tax benefit of the additional depreciation expense, using a combined federal and state tax rate of 40%.

After reviewing the EOB, the client can decide if they wish to engage Capstan to perform a cost segregation study.  By providing a clear picture of short and long-term potential benefits, Capstan offers clients the information required to make the best possible decision.  If we can provide you with a no-cost, no-commitment EOB, please let us know – we’d be honored to be a part of your decision-making process.