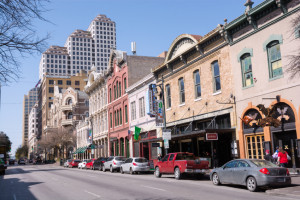 The IRS recently released Rev. Proc. 2015-56, which provides owners of retail or restaurant establishments with additional clarity as they determine whether expenses incurred for remodel/refresh must be capitalized or may be deducted. Effective for tax year 2014 and beyond, it establishes a safe harbor method of accounting for qualified taxpayers incurring qualified costs while performing a remodel/refresh on a qualified building. Once adopted, the safe harbor will allow for 75% of the qualified costs to be appropriately treated as a current deduction, with the remaining 25% of costs to be capitalized.

Qualified taxpayers include those in the trade or business of selling merchandise at retail with NAICS codes of 44 or 45 as well as those in the trade or business of preparing and selling meals, snacks, or beverages to customer order for immediate on-premises and/or off-premises consumption. Notably, however, the safe harbor does not apply to other venues that may contain food-service establishments, such as amusement parks, theaters, casinos, country clubs, or any establishment with the “special food services” code (code 7223). Other industries specifically precluded from the use of this safe harbor include auto dealers, gas stations, manufactured homes dealers, non-store retailers, hotels and motels and civic or social organizations.

Costs eligible for deduction under this safe harbor are those typical to a remodel/refresh project, with a number of important exclusions. Significantly, costs related to Section 1245 property are excluded. Costs related to land and non-depreciable land improvements as well as those related to depreciable land improvements covered under 00.3 Asset Class are all excluded. Initial acquisition, production, or leasing of a building and initial build-out of a leased building for a new lessee are excluded. Costs related to any property where the taxpayer claimed Sec. 179, 179D or 190 deductions are excluded. Costs used to make material additions to the building, including the building systems, are excluded, as are costs incurred in adapting more than 20% of the total square feet to a new or different use. For a full list of excluded costs, please see https://www.irs.gov/pub/irs-drop/rp-15-56.pdf.

To use the safe harbor above for the first time, a change of accounting method form will need to be filed (DCN #222). In order to use the safe harbor, the taxpayer must have an Applicable Financial Statement (“AFS”) and must be willing to put the building into a tax General Asset Account (GAA). An AFS may be a financial statement issued to the SEC, a certified audited financial statement or a financial statement required to be provided to a federal or state government or any Federal/state agency (other than SEC/IRS). A GAA requires that all assets contained within must have the same life, convention, method of depreciation, etc., and its contents are treated collectively as one asset. This means that the safe harbor would apply to the building as a whole and not to each individual building system.
The establishment of a GAA has several important implications. In a GAA, if there is a partial asset disposition (PAD), the adjusted basis of that partial component is deemed to be zero. This can result in gain unexpectedly being recognized. However, this safe harbor requires that no partial asset disposition be elected on the building in question. For example, if a new roof is installed on a building already placed in a GAA, the new asset will require capitalization, but the taxpayer is precluded from electing PAD treatment and writing off the remainder of the old roof’s depreciable basis. Any assets removed as a part of the refresh are also precluded from being removed from the books as a PAD under the safe harbor.

This Rev. Proc. allows taxpayers to make a “late GAA” election if they choose to take advantage of this safe harbor. This is filed with the change of accounting method to adopt the safe harbor above (method #222). The Rev. Proc. also allows taxpayers to revoke a historical PAD election and bring the entire adjustment into income in the current tax year the revocation occurs. This revocation also requires an amended tax return or additional change of accounting method that MUST be filed in either the first or second tax year after December 31, 2013 (i.e. 2014 or 2015). If a taxpayer chooses NOT to revoke his previous PAD election, the change of accounting method to use the safe harbor above will be done on a “cut-off” basis and will not apply to any costs paid prior to the year of change.

A taxpayer that claimed a loss on the disposition of a building component in a tax year beginning in 2012 or 2013 under former Temporary Reg. §1.168(i)-8T, or in a tax year beginning before January 1, 2012, may not use the safe harbor unless it files an accounting method change to comply with the disposition rules in Reg. §1.168(i)-8 by redefining the asset disposed of and including the previously claimed loss in income in a single tax year as a positive Code Sec. 481(a) adjustment. Failure to do this means the safe harbor above is inapplicable to any building where the taxpayer recognized a gain or loss on the disposition of a component under 1.168(i)-1T or 1.168(i)-8T or in a taxable year prior to 2012.

This safe harbor has several significant merits. First, it eliminates the need to determine whether or not incurred costs are “adaptations.” Taxpayers only have to exclude costs of the remodel from the safe harbor percentages if they adapt more than 20% of the total square footage to a new or different use. Furthermore, this safe harbor removes the need for taxpayers subject to 263A to analyze expenses and determine if they were incurred to “produce property.”

Rev. Proc. 2015-56 — The Capstan Conclusion
Clearly, this safe harbor will not be universally applicable. Non-AFS taxpayers and those who don’t want to conform to the GAA grouping requirements will not be able to benefit from this safe harbor. Taxpayers who do not wish to revoke past PAD elections, or who hope to use PAD elections in future, will also find this election lacking. This safe harbor will likely not apply to a single restaurant or retail location in need of a refresh. Chain restaurants or retail facilities amenable to GAA groupings are the most likely candidates to find benefit in this election.