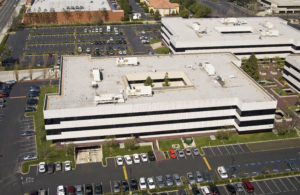 The Energy-Efficient Commercial Buildings Tax Deduction (IRC section 179D, enacted by Section 1331 of the Energy Policy Act of 2005), incentivizes energy-efficient construction for newly constructed and recently renovated commercial buildings. EPAct 179D allows taxpayers to accelerate depreciation of qualified energy-efficient commercial building property placed in service after Dec. 31, 2005 and before Jan.1, 2017.   As a glance at the calendar will confirm, it is now September 2017, and EPAct has not yet been extended.  This is disappointing, and for good reason — this extremely valuable deduction can be a real economic benefit, particularly for large properties like hotels, retail facilities, warehouses, trucking terminals, and industrial facilities.

But all is not lost!  179D has strong boosters on both sides of the aisle, and now that Congress is back in session, we’re hoping to hear good things on a retroactive extension or even enhancements.  In fact, two bills have already been introduced this year that would extend EPAct if passed.

On May 4th, Senator Ron Wyden (D-OR) introduced The Clean Energy for America Act in the Senate.  This bill would result in a major overhaul of current 179D legislation, increasing deduction benefit per SF to a maximum of $4.75.  Compared to the current maximum of $1.80/SF, this is quite significant.  The bill would also allow the deduction to be allocated to non-profit organizations for the first time.  Even if the proposed changes aren’t accepted, The Clean Energy for America Act also has provisions that would simply extend §179D (and §45L) through December 31, 2018 without further modifications.

The second bill, H.R. 3507, was introduced to the House on July 27th by Representatives Dave Reichert (R-WA), Earl Blumenauer (D-OR), and Tom Reed (R-NY).  This bill would permanently extend 179D, as well as permitting non-profit organizations to access the deduction.  This is the first extension legislation to receive bipartisan support, which is encouraging.   Folks are hoping that this bodes well for the inclusion of permanent EPAct legislation as part of a comprehensive tax reform plan.

Unless comprehensive tax reform somehow happens smoothly and speedily, odds are that we won’t hear anything final until December or even early 2018.   The smart money is on a retroactive 2017 extension and a potential extension for 2018, but with bipartisan support in the House, anything is possible.  In fact, if you’d like to give your Representative a push in the right direction, you can contact him/her via https://www.house.gov/htbin/findrep, and encourage them to strongly consider the permanent extension of 179D.

This December we’ll be keeping an eye out for energy legislation activity – watch this space for updates, and remember that energy studies are still being performed on properties placed-in-service prior to January 1, 2017.  Please let us know if you’d like to learn more about how an energy study might benefit you.