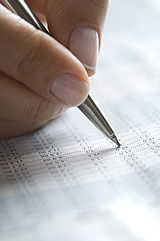 It’s in every article, in every conversation, and on everybody’s mind – tax reform. The Tax Cuts and Jobs Act (TCJA) is a historic piece of legislation and may transform the way commercial real estate owners do business. It’s really no surprise that the TCJA has gotten lots of attention, and that much ink has been spilled on the subject (for our take, click here.)

The TCJA is a game changer, plain and simple. However, it’s important to remember that other tax strategies are still alive and well, and these opportunities should not be overlooked in the commotion currently surrounding the TCJA. The Tangible Property Regulations (TPRs) remain very much in play, and the Capstan team continues to leverage them on a daily basis, opening new avenues for tax savings.
For example, a client recently installed a number of PTAC units in his multifamily residential building, hoping they could be classified as 5-year assets. His CPA informed him that, regretfully, the units were in fact 27.5-year assets. Several weeks later, this client happened to mention the PTAC unit situation to a member of the Capstan team, just as an aside.

“Well your CPA is right,” confirmed the Capstan team member. “They are definitely 27.5-year assets. However, let’s consider them in the context of the TPRs. Would these PTAC units be considered a ‘Betterment’”?

“No,” responded the client. “They are the exact same grade of unit we had previously.”

“How many did you replace?”

“Perfect,” said the Capstan team member. “These units can actually be fully expensed under the BAR and Materiality Tests in the TPRs.”

One simple conversation opened up a tremendous opportunity. The client was focused on accelerating depreciation of a shorter-lived asset, but was pleased to be reminded that the TPRs remain very useful in the expensing of longer-lived base assets.

The very next day, another client called to discuss his multifamily property. The roof was rotting, even though it wasn’t very old. The roof had to be replaced to return the property to its ordinary, efficient operating condition, and this would be deemed a “Restoration” under the TPRs. The client was thrilled to find out that after capitalizing the cost of the new roof, he could write off the remaining depreciable basis of the rotting roof using a Partial Disposition Election under the TPRs.

In short, this is just a simple public service announcement – the TCJA has turned everyone’s heads, but other powerful opportunities still exist. It’s crucial to consider all potential strategies to fully maximize tax savings. The Capstan team is here to help you develop a comprehensive plan that incorporates strategies old and new.