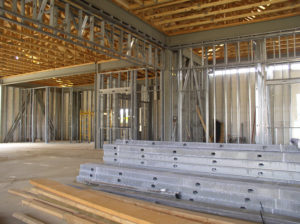 The PATH (Protecting Americans Against Tax Hikes) Act of 2015 extended bonus depreciation for a record five years.  This was indeed very big news, and it’s not surprising that it made a very big splash in the world of commercial real estate.  The PATH Act also introduced a new category of building improvements known as “Qualified Improvement Property,” and though it hasn’t gotten too much attention yet, people are beginning to realize that QIP is the gateway to bonus depreciation.  You read it here first — QIP is the next VIP.

QIP is defined as any improvement to an interior portion of a building which is nonresidential real property, as long as the improvement was placed-in-service after the date the building was first placed-in-service.  Improvements to the internal structural framework are excluded, as are building enlargements and elevators/escalators, but other than that, this definition of QIP is really quite broad.  As of January 1st, QIP replaces the other acronyms (QLI – Qualified Leasehold Improvements, QRP – Qualified Restaurant Property, QRIP – Qualified Retail Improvement Property) as the only category eligible for bonus depreciation.   There is some interplay between the categories, and if property classified as QIP also meets the definition of any of the other 3 acronyms, then QIP becomes 15-year property and bonus eligible.

QIP boasts a few other notable advantages. Unlike QLI, the improvement doesn’t need to be made subject to a lease.  In even bigger news, QIP eliminates QLI’s “three-year rule” – the building in question doesn’t have to be at least three years old.  As long as the building predates the improvement, QIP is an option, opening the door to a great deal of bonus depreciation opportunity.

Since the building was less than three years old at the time of the improvement, this doesn’t qualify as QLI.  This improvement to the tenant space would be classified as QIP, since the improvement was made after the building was placed-in-service, and doesn’t involve any excluded improvements (building enlargement, etc.)   Now it’s true that QIP is 39-year property, whereas QLI is 15-year SL.  However, remember that QIP has one major advantage over QLI – it’s eligible for bonus depreciation.  By classifying this improvement as QIP, that $500,000 is 50% bonus eligible.

Another more involved example – imagine a five-year old retail shopping center with an $8M basis.  A Cost Segregation Study was performed in 2011, when the property was placed-in-service (and since updated to include the Unit of Property Analysis).  In 2016 a small tenant, occupying 10% of the building, does a refresh.  Meanwhile, the parking lot gets a routine surface seal coating.  Simultaneously, a major tenant occupying 50% of the center leaves, and a new replacement completely guts and renovates the space.  There’s a lot of potential here – let’s put it in chart form.

Clearly, the availability of QIP further expands the utility of cost segregation and broadens the scope of properties eligible for bonus depreciation.   The ability to choose QIP over QLI or QRIP may have major advantages for your bottom line.  To learn more about how QIP may benefit you, feel free to contact us or call 215.885.7510.