Behind the Scenes with David Stephens 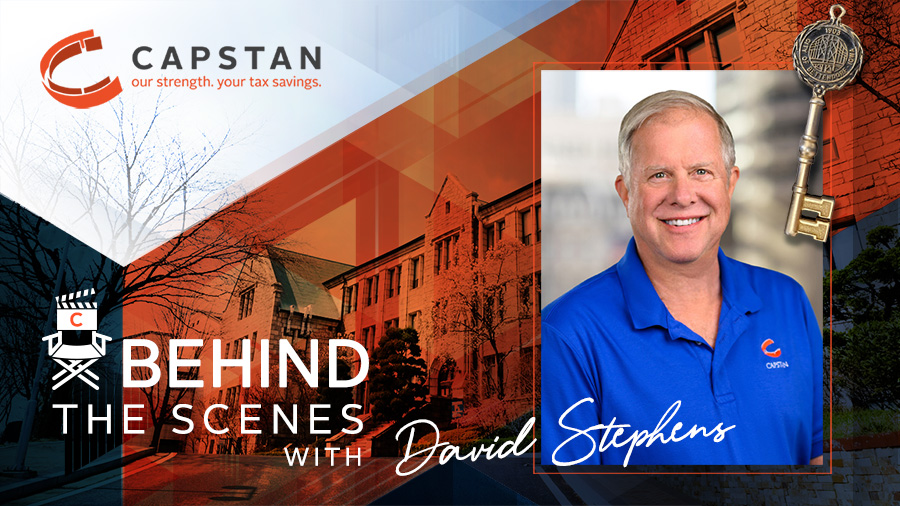 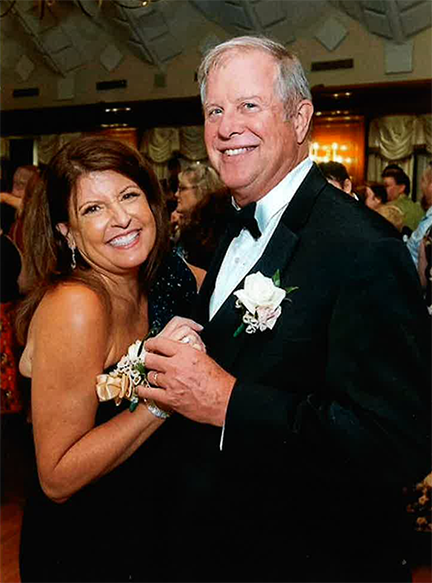 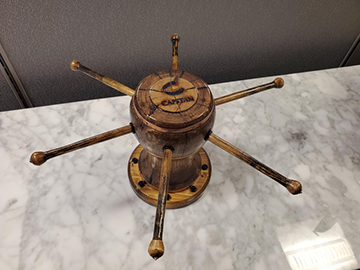 Welcome to a new monthly feature in which we go behind “Behind the Scenes” to learn more about a member of the Capstan team.   If you’d like to see someone specific featured, let us know!

According to a recent Monster.com poll, 50% of respondents between the ages of 45 and 65 have switched careers at least twice — the midlife “second act” is more common than ever. David Stephens was among those who took what he calls “a leap of faith,” leaving behind decades in educational administration for a fresh start at Capstan. In this month’s Behind the Scenes, David talks about transferrable skills, riverboat gambling, and the importance of taking chances.

I prepared multiple questions for you David, but I’m getting distracted by this big heavy key on your desk. What is this? 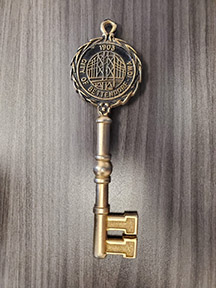 Oh, that’s my Key to the City of Bettendorf, Iowa.

That’s your what now?

[Laughs.] My Key to the City of Bettendorf, Iowa – that’s where I first served as Headmaster of an independent school. When I came on the school building was literally falling apart — students were housed in a crumbling old mansion, and the accommodations were not a draw. I realized we needed to make a major change.

Riverboat gambling became big in Iowa at that time –

[Chuckles.]  It does indeed. Riverboat gambling was bringing lots of extra revenue into Iowa, and much of it was being distributed among non-profits. I wanted to do something bold to demonstrate that our school deserved part of that revenue. I created a plan to build a 39,000SF modern facility, got approval from the school board, received the aforementioned grant from the riverboat commission, and raised the remaining $3.95M. Then I acted as Construction Manager throughout the building process.

You managed the entire construction process? But you were the school’s Headmaster – the nitty gritty of construction management isn’t exactly in the job description…

Well, I’ve always been handy. I learned the basics of wood and metalwork early, and I still enjoy those activities. One year at summer camp I learned how to reshingle a roof. Summer camp sure has changed! [Laughs.]  Later on I built a garage with my father-in-law and I always enjoyed the building process.

Believe it or not, I supervised additions to facilities on several other campuses after my time in Iowa. Each time I was working on the campus in some other capacity – Headmaster, Science Teacher, Middle School Director, Hockey Coach, etc. – and each time I was tapped to oversee construction.

It’s almost as if your time in academia was preparing you for your eventual career shift.

It absolutely was. Several factors really coalesced to prepare me for my role here at Capstan – my construction experience, my background in the pure sciences, and the people skills I developed after decades of dealing with parents and school boards.

I bet you could tell some tales…

Fair enough. But wait – why did you get the Key to the City? Because of the successful school expansion?

Not exactly. It’s true that the new facility was a point of pride for Bettendorf, but the mayor welcomed me graciously, and she actually gave me the Key when I first arrived in Iowa.

I keep the Key on my desk because it reminds me how important it is to take a chance. I did that when I moved my young family to Iowa all those years ago, and I did it again eight years ago when I joined the Capstan team.

We’re glad you’re here for so many reasons, but I’d especially like to shout out the “David Story.”  Readers, a “David Story” is a tale that involves David meeting random people in random places and unearthing incredible connections. Everyone in the office enjoys a good “David Story.” Could you please share one with our readers?

I’ll tell you my favorite one. When Andy Murdie had just started, I took him on a site visit to Pittsburgh for training. While working our way through the apartment complex, we chatted with the building super. Somehow the subject of hockey came up, and I played and coached hockey for many years. Gave several of my teeth to the game… The super asked if I played in college, and I answered affirmatively, telling him that I played goalie at Hobart.

To my surprise, the super pulled a Hobart hockey jersey from his locker, and told me that someone had given it to him at a long-ago scrimmage. It was number “16”, and you could still see massive bloodstains covering much of the fabric.

I instantly recognized the jersey – it had belonged to my friend Skip, good old #16, who had the misfortune to take a puck to the face during a game…

David Stephens can be reached at dstephens@capstantax.com. Ask him about cost segregation, independent schools, and riverboat gambling.